Name of product: Propane (LP) Gas
Hazard:
The recalled propane does not have sufficient levels of odorant to help alert consumers of a gas leak. Failure to detect leaking gas can present fire, explosion and thermal burn hazards.

This recall involves under-odorized propane gas (LP) delivered to consumers for use in storage tanks or sold at retail locations for use in portable refillable tanks (for use in recreational vehicles, barbeques, stoves and other appliances). LP was also sold to businesses for commercial and industrial use.

Consumers should not attempt to test the propane themselves. Instead, they should immediately contact the retailer, supplier or Crescent Point Energy hotline to arrange for an inspection. If inspection confirms that the propane contains insufficient odorant, Crescent Point Energy will either promptly arrange for appropriate odorization or provide a replacement portable tank. Consumers should have carbon monoxide alarms in homes or other buildings that utilize gas. If consumers do smell even a faint odor of gas or a gas leak, they should immediately leave the building and call 911 or their gas supplier from a neighbor’s phone. Do not light a match, turn on a light or switch on anything electrical.

Posted by Justice at 2:59 PM No comments:

Email ThisBlogThis!Share to TwitterShare to FacebookShare to Pinterest
Labels: Crescent Point Energy Recalls To Inspect Propane Gas Due to Fire and Burn Hazard

Remedy:
View Details
Refund
Consumer Contact: Dollar General at 800-678-9258 from 8 a.m. to 5 p.m. CT Monday through Friday, email at custsv@dollargeneral.com or online at www.dollargeneral.com and click on Product Recalls at the bottom of the page under the Help section for more information.

Report an Incident Involving this Product

Dollar General has received five reports of the toy’s remote control overheating. No injuries have been reported.

Consumers should immediately take the recalled toy vehicles away from children and contact Dollar General for a full refund.

Dollar General stores nationwide and online at www.dollargeneral.com from July 2015 through December 2015 for about $10.

Posted by Justice at 2:48 PM No comments: 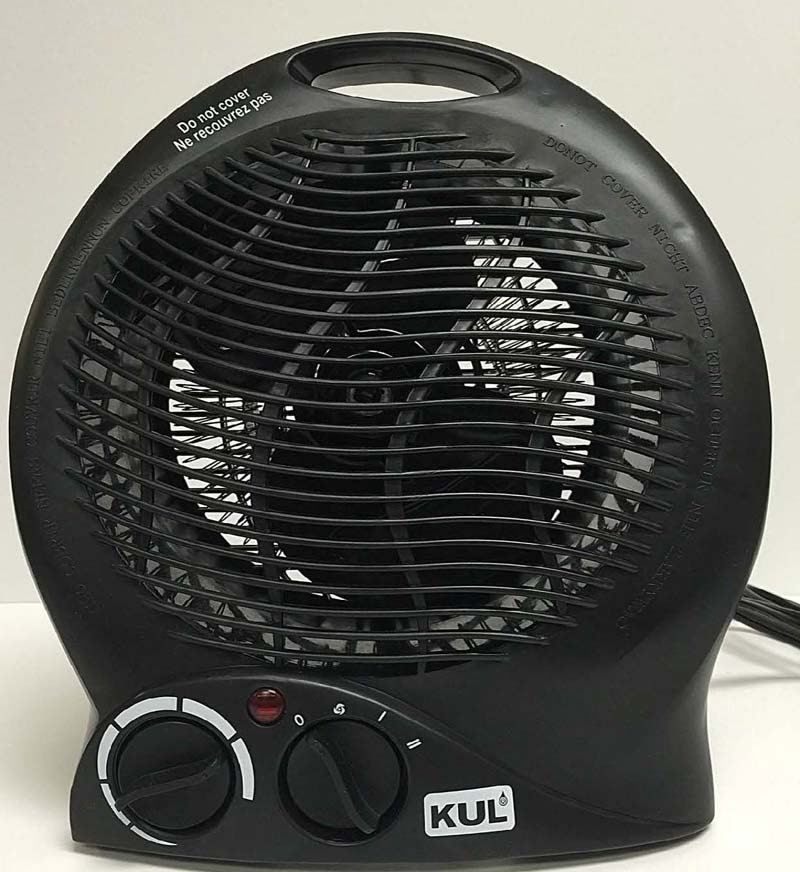 Remedy:
View Details
Refund
Consumer Contact: CE North America toll-free at 844-645-3208 from 8:30 a.m. to 5:30 p.m. ET Monday through Friday, email at productrecall@cemglobal.com or online at www.cemglobal.com and click on the “Product Recall” link at the bottom of the page for more information.
Report an Incident Involving this Product

This recall involves KUL small, black portable fan heaters.  The KUL logo is printed on the front bottom of the heaters next to the power dial. The fan heater measures about 9 inches long by 5 inches wide by 10.5 inches tall. The fans weigh about two pounds. An adhesive label is on the bottom of the heater with model number “KU39229” and “Date: 0515” in the lower right-hand corner.

CE North America has received four reports of the fan heaters overheating and catching on fire. No injuries have been reported.

Bed, Bath & Beyond stores nationwide and online at www.bedbathandbeyond.com  from August 2015 through October 2015 for about $20.

Posted by Justice at 2:42 PM No comments:

Remedy:
View Details
Refund
Consumer Contact: Eastwood Co. at 800-345-1178 from 8 a.m. to 7 p.m. ET Monday through Friday or online at www.eastwood.com and click on “Recall Information” at the bottom of the page for more information.
Report an Incident Involving this Product

This recall involves Rockwood portable power packs with lithium ion batteries and cables. They are used to charge a variety of electronic devices and car batteries and have a recessed LED flashlight. The power packs have a black plastic cover with “Rockwood” printed in white on the top. They measure about 6 inches long, 3 inches wide and 1 inch tall.  A yellow and white danger label is on the bottom. Item number 30554 is printed on the packaging.

There have been two reports of the battery packs’ lithium ion batteries bursting during charging and emitting black smoke, damaging carpet and leaving a black mark on a wall. No injuries have been reported.

Consumers should immediately stop using the recalled power packs and return them to Eastwood for a full refund.

Eastwood stores in Chicago, Parma, Ohio and Pottstown, Pa., in Eastwood’s catalog and online at www.eastwood.com and other websites from January 2015 through October 2015 for between $50 and $110.

Posted by Justice at 2:27 PM No comments:

Microsoft has received 56 reports of AC cords overheating and emitting flames and five reports of electrical shock to consumers.

Consumers should unplug and stop using the recalled power cords and contact Microsoft for a free replacement AC power cord.

Microsoft stores, Best Buy, Costco and other stores nationwide, and online at www.microsoft.com, from February 2013 through March 15, 2015 for between $800 and $2,000 for the Surface Pro computer and between $64 and $80 for the power supply unit sold separately.

Posted by Justice at 1:45 PM No comments:

Name of product: Longfellow lighting fixtures for indoor and outdoor use
Hazard:
Improper wiring can allow melting of the insulation and cause the fixtures to short out, posing fire and shock hazards.

Remedy:
View Details
Repair Refund
Consumer Contact: Varaluz collect at 702-792-6900 from 8 a.m. to 5 p.m. PT Monday through Friday, or online at www.varaluz.com and click on the recall news article at the bottom of the homepage for more information. Consumers can also email the firm at customerservice@varaluz.com.
Report an Incident Involving this Product

This recall involves all Longfellow model 3- and 4-light light fixtures for indoor or outdoor use. The black metal fixtures have a clear/frosted glass shade on four sides and can be wall mounted or ceiling mounted. Model number 731KL04EB, 731KM03EB, 731P03EB, 331P03BL, 731P04EB or 331P04BL is printed on the label on the canopy of the ceiling mounted fixtures or the backplate of wall mounted fixtures.

The firm has received two reports of lights bulbs shorting. No injuries have been reported.

Lighting showrooms nationwide and online through lighting and home improvement websites from April 2013 to September 2015 for between $320 and $420.

Posted by Justice at 1:42 PM No comments:

Remedy:
View Details
Replace
Consumer Contact: RNG at 800-330-8678 from 8 a.m. to 5 p.m. PT Monday through Friday and 9 a.m. to 2 p.m. PT Saturday, email customerservice@renogy.com, or online at www.renogy.com and click on Support for more information.
Report an Incident Involving this Product

This recall involves Renogy brand 100-watt bendable solar panels. The recalled solar panels are black plastic sheets about 41 inches long by about 21 inches wide by about 1/8 inch thick. Model number RNG-100DB is on the top of the panel, either on the front or back.

The firm has received 11 reports of the solar panels overheating, including three reports of property damage.  No injuries have been reported.

Consumers should immediately stop using the recalled solar panels and return them to RNG for free replacements.

Posted by Justice at 1:36 PM No comments: 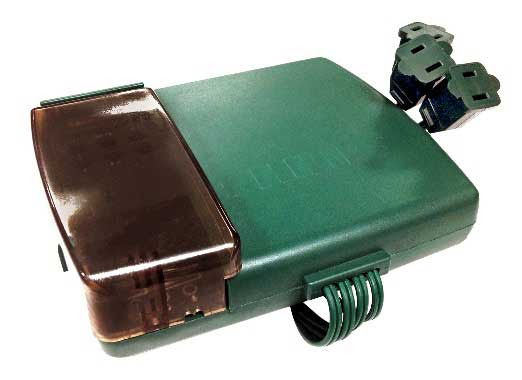 Name of product: Synchronized music and lighting system
Hazard:
The product can get overloaded and overheat, posing a fire hazard.

Remedy:
View Details
Refund
Consumer Contact: Seasonal Specialties at 800-763-6177 from 10 a.m. to 6 p.m. ET Monday through Friday or online at www.SeasonalSpecialties.com and click on “Recall Information” on the bottom of the page for more information.
Report an Incident Involving this Product

The Philips HarmonizeTM Synchronized Music and Lighting System Model is an electrical control box for decorative lighting (e.g. Christmas lights). When plugged into the control box, the lights flash to the beat of the music being played on the Harmonize control box. The product is sold with one 50-light decorative light string. The green control box is approximately 7.5” x 6.5” x 2.5”, and is green in color with a gray tinted cover over the controls with a red digital readout under the cover. The model number MU1402 can be found on a white label wrapped around the plug cord wire, near the plug.

The firm received two reports of the control unit overheating, melting or smoking. No injuries have been reported.

Consumers should immediately stop using the product, unplug it and contact Seasonal Specialties for a prepaid label to return the lighting system for a full refund.

Posted by Justice at 1:31 PM No comments: 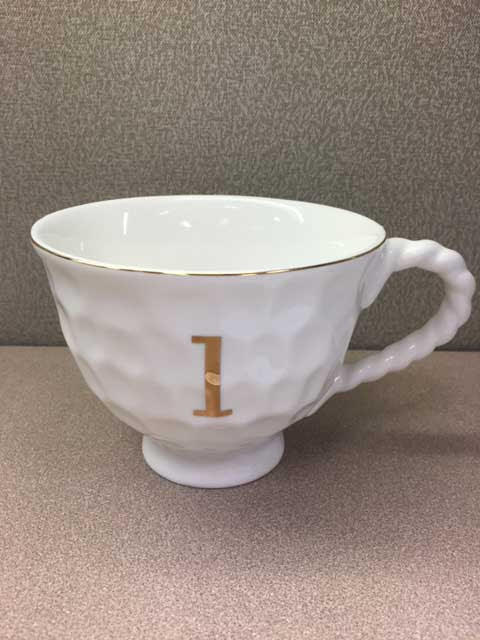 Name of product: Monogrammed Coffee Mugs
Hazard:
The coffee mugs are mislabeled as microwave safe. If microwaved, the metallic paint accents on the coffee mugs can spark, posing a fire hazard.

Consumer Contact: Altar’d State at 800-284-7348 from 9 a.m. to 5 p.m. ET Monday through Friday or online at www.altardstate.com and click on “Monogrammed Coffee Mug Recall” for more information.
Report an Incident Involving this Product

This recall involves white ceramic 16-ounce coffee mugs with gold-painted monograms and accent rims. The mugs have a textured design resembling a golf ball, and a “rope” style handle. “Microwave/Dishwasher Safe” is printed in a black panel on the bottom of the coffee mugs.

The firm has received one report of a coffee mug sparking during microwaving. No injuries have been reported.

Consumers should immediately stop using the recalled coffee mugs and contact Altar’d State for instructions on returning the product for a full refund.

Altar’d State stores nationwide from October 2015 through December 2015 for about $15.

Posted by Justice at 1:25 PM No comments: