Keurig Recalls MINI Plus Brewing Systems Due to Burn Hazard

Water can overheat during brewing, spray out and burn consumers.
Remedy:

View Details
Repair
Consumer Contact: Keurig Green Mountain
toll-free at (844) 255-7886 Monday through Friday from 8 a.m. to 8 p.m. ET, and from 8 a.m. to 3 p.m. ET on Saturday or Sunday or online at www.keurig.com and click on “Product Recall” for more information.
Report an Incident Involving this Product

This recall involves Keurig® MINI Plus Brewing System with model number K10 (previously identified as model number B31). Recalled brewers have an identification number starting with “31” followed by a range of numbers printed on a white sticker on the bottom of the brewer. They are single-serve, hot beverage brewers and were sold in 13 different colors with silver trim. Colors include black, red, white, cobalt blue, aqua blue, purple, platinum, emerald, yellow, orchid, bayberry, mauve and poinciana. The recalled brewers measure about 11 inches tall, have a “Brew” button, three cup size brewing options (6 oz., 8 oz. and 10 oz.), and a removable drip tray. The water tank is located on top of the unit towards the back. K10 is marked on the packaging. Recalled units were produced between December 2009 and July 2014 and can be identified by the serial number printed on a white sticker on the bottom of the brewer:

Keurig has received about 200 reports of hot liquid escaping from the brewer, including 90 reports of burn-related injuries.

Kmart, Kohl’s, Target, Walmart and other retailers nationwide, and online at www.keurig.com,  www.greenmountaincoffee.com and www.keurig.ca from December 2009 through December 2014 for about $100.

Full Story
Posted by Justice at 1:58 PM No comments:

Email ThisBlogThis!Share to TwitterShare to FacebookShare to Pinterest
Labels: Keurig Recalls MINI Plus Brewing Systems Due to Burn Hazard

Name of product: Animated toy
Hazard:
The battery compartment can reach temperatures up to 230 degrees Fahrenheit, posing a burn hazard.
Remedy:
View Details
Refund
Consumer Contact: Giggles International at (800) 738-6018 from 9 a.m. to 6 p.m. ET Monday through Friday or online at www.LoveMyGiggles.com and click on Recall at the top of the page for more information.
Report an Incident Involving this Product

This recall involves Giggles International Animated Sing-Along Monkey toys. The monkey is made of brown and beige plush material and is about 9 inches tall. The toy is designed to hold a song book titled "5 Little Monkeys" and to sing the song when activated. A red music note is on the bottom of the monkey's right foot and the face of a child with its hands covering its eyes are on the bottom of the money's left foot. Recalled sing-along monkeys were manufactured between 6/7/2014 and 7/5/2014 and have batch code GP1410028.  The manufacture date in the M/D/YYYY format and batch code are printed on the bottom of a white fabric label attached near the base of the monkey's tail. The monkey toys came in a tan colored box with words "Animated Sing-Along Monkey," "Sing along with me!" and "I play peek-a-boo with you!" on the front. The age advisory "For ages 3+" and the warning that batteries are included are also on the front of the box.

Consumers should immediately take the animated monkey away from children, remove the batteries and return the toy to any Cracker Barrel Old Country Store or contact Giggles International for a full refund.

Cracker Barrel Old Country Stores nationwide from September 2014 to October 2014 for about $25.

Full Story
Posted by Justice at 2:14 PM No comments:

Even though it feels like winter, firefighters in Northeast Wisconsin are still seeing fires caused by recalled dehumidifiers.

The Consumer Product Safety Commission began recalling 2.5 million dehumidifiers more than a year ago. Made by Gree, they were sold under a dozen different brand names, including Frigidaire, Kenmore and Norpole.


This past summer, we told you how they were causing fires throughout our area.
We have an update from firefighters who say they’re concerned because they’re still finding them in use.

Nationally, the CPSC reports recalled dehumidifiers are responsible for more than 120 fires and nearly $4.5 million dollars in damages.

The problem: they overheat and start a fire, with little to no warning.

And even though it’s December, Craig says some people are still running them, and firefighters continue finding people who think it’s okay to use the recalled ones.

“A thought of ours was that people would think it wasn’t a big deal, potentially cut the cord off, send it into the company, get their refund check and then just put a new plug end on the dehumidifier and use it. And the other day, I did find one in a home where an individual did that exact thing,” says Craig.

We asked insurance companies if you’d be covered in a fire caused by a recalled dehumidifier.
In most cases, they tell us they would cover the loss, then go after the manufacturer. But in the case where the cord were cut off and re-attached, they say you’d be lucky to get much money.

“People need to understand a recall is not a ‘It might break. It might cause a problem.’ It’s, if it does fail — and we’ve had plenty of evidence to show that it will fail — it’s going to cause a lot of damage in your home,” warns Craig.

Firefighters are asking you to check your dehumidifier and tell friends and family to do the same.

Full Story
Posted by Justice at 3:03 PM No comments:

Email ThisBlogThis!Share to TwitterShare to FacebookShare to Pinterest
Labels: including Frigidaire, Kenmore and Norpole., recalling 2.5 million dehumidifiers more than a year ago. Made by Gree, they were sold under a dozen different brand names

Name of product: Circuit breakers
Hazard:
The circuit breaker will not trip during an overload condition, posing a risk of fire, burns and electrical shock.

The recall involves PowerPact J-frame molded case circuit breakers with thermal-magnetic trip units. The circuit breakers are made of black plastic and have a three-position breaker handle that indicates whether the breaker is off, on or tripped. The recalled circuit breakers are rated for 150 to 250 amps, have interruption ratings of D, G, J, L and R. They were manufactured in two pole and three pole configurations with either lug-in/lug-out or plug-in (I-Line) style connectors.

Breakers with following catalog numbers are being recalled:

Authorized Schneider Electric distributors, original equipment manufacturers and in factory assembled panel boards from March 2014 through September 2014 for between $2,900 and $11,200.

Posted by Justice at 1:53 PM No comments: 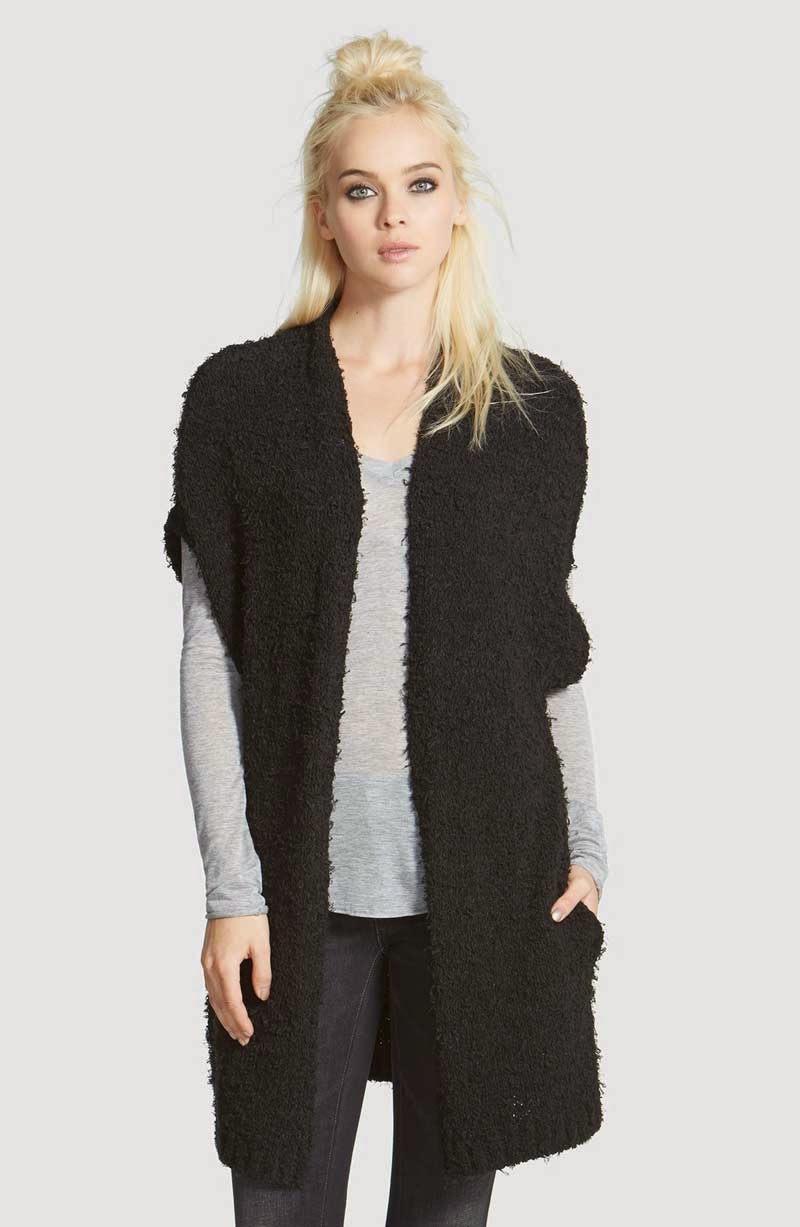 Remedy:
View Details
Refund
Consumer Contact: Nordstrom at (800) 804-0806 anytime, or online at www.nordstrom.com and click on “Recall” for more information. Consumers can also email the firm at contact@nordstrom.com.
Report an Incident Involving this Product

Consumers should immediately stop wearing the recalled sweaters and contact Nordstrom to return them for a full refund.

Nordstrom stores nationwide and online at Nordstrom.com from August 2014 through September 2014 for about $70.

Posted by Justice at 2:45 PM No comments: 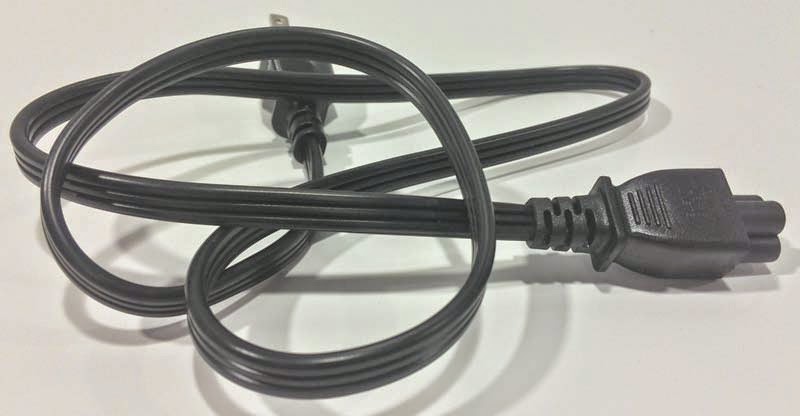 Remedy:
View Details
Consumer Contact: Lenovo at (800) 426-7378 from 9 a.m. to 5 p.m. ET Monday through Friday; or online at www.lenovo.com and click on Support at the top of the page, then select News and Alerts, then click on Recalls for more information.
Report an Incident Involving this Product

This recall involves Lenovo's LS-15 AC power cord manufactured from February 2011 to December 2011. The power cords were distributed with IdeaPad brand B-, G-, S-, U-, V- and Z-series laptop computers and Lenovo brand B-, G- and V-series laptop computers. The recalled power cords are black in color and have the "LS-15" molded mark on the AC adapter end. The manufacture date code in the format REV: 00 YYMM is on a label attached to the cord.

None reported in the U.S. or Canada. Lenovo has received reports from outside the U.S. of 15 incidents involving overheating, sparking, melting and burning. No injuries were reported.

Consumers should immediately unplug and stop using the recalled power cords and contact Lenovo for a free replacement. Consumers can continue to use the computer on battery power.

Laptop computers with the AC power cords were sold at computer and electronics stores, authorized dealers and online at www.lenovo.com from February 2011 through June 2012 for between $350 and $1,500.

Posted by Justice at 2:40 PM No comments:

Email ThisBlogThis!Share to TwitterShare to FacebookShare to Pinterest
Labels: Lenovo Recalls Computer Power Cords Due to Fire and Burn Hazards

Nissan is recalling about 470,000 cars and SUVs worldwide to fix a problem that can cause fuel leaks.


Documents posted by U.S. safety regulators say a fuel pressure sensor may not have been tightened properly in production. That can cause a gas leak and fire, but Nissan says no fires or injuries have been reported to the company.

Image source: Nissan
2013 Nissan Juke
Other Nissan and Infiniti models are affected in Japan, North America, Europe, the Middle East, China, Latin America, Africa and other markets. They include the Nissan Juke and Patrol, and the Serena, X-Trail, Tilda, and Pulsar. Also covered globally are the Infiniti M56 and Q70 and the QX56 and QX80. Generally the cars were produced from November of 2011 to November of 2014.

In the U.S., owners will be notified by mail in January, and dealers will tighten the sensors to fix the problem.

Some of the same vehicles were recalled in the U.S. in 2012 for the same problem. Nissan says if they were repaired, they are not covered by the latest recall.

Full Story
Posted by Justice at 7:45 AM No comments:

Name of product: HobbyZone Super Cub S Ready-To-Fly and Super Cub S Bind-N-Fly Power Supply and Charger
Hazard:
Power supply units and chargers sold with the model aircraft can overcharge the battery, posing a risk of fire and property damage.
Remedy:
View Details
Replace
Consumer Contact: Horizon Hobby toll-free at (877) 504-0233 from 8 a.m. to 7 p.m. CT Monday through Friday, 8 a.m. to 5 p.m. CT Saturday and noon to 5 p.m. Sunday. Consumers can also visit the firm’s website at www.horizonhobby.com and click on Product Recalls listed under Support at the bottom of the page for more information.
Report an Incident Involving this Product

The firm has received 18 reports incidents involving the power supply units and chargers including reports of small fires, exploding batteries and property damage to the surrounding areas.

Consumers should stop using the power supply and chargers immediately and contact Horizon Hobby for a replacement AC charger.

Hobby stores nationwide and online at HorizonHobby.com from April 2014 through August 2014 for $170 for the Bind-N-Fly and $200 for the Ready-to-Fly.

Full Story
Posted by Justice at 3:12 PM No comments:

View Details
Refund Replace
Consumer Contact: Daikin toll-free at (888) 624-1908 from 9 a.m. to 5 p.m. ET Monday through Friday, or online at www.daikin.com and click on “Important Safety Recall of Daikin Air Purifiers” for more information.
Report an Incident Involving this Product

This recall involves Daikin brand streamer portable air purifiers with model number MC75KSU. The air purifiers are portable and are designed to remove dust, particles and allergens from indoor air in the home or office. They are cream-colored and measure about 23 inches tall by 15 inches wide by 8 inches deep. “Daikin” is printed on the front of the units. The model number is located on a rating plate on the lower right side of the units.

Consumers should immediately unplug the recalled air purifiers and contact Daikin for a full refund or a free replacement air purifier.

Goodman Manufacturing and other HVAC contractors to consumers and online at Amazon.com from December 2010 through October 2014 for about $540.

Full Story
Posted by Justice at 9:29 AM No comments: